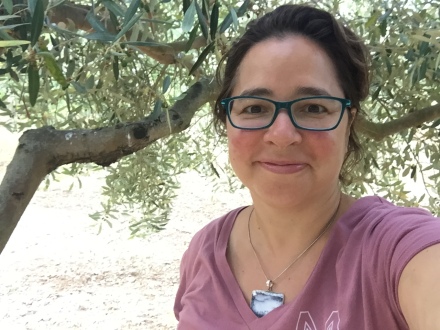 Today I’m sharing more of an intimate letter with a post card from Italy stuck inside the envelope. I’m going to tell you some magic secrets in this post. You’ll also learn how I’m helping some people (maybe you!) make their dreams into a living reality.

Here’s a story I’ve never shared publicly before: In September 2003, I was ready for a big change. So I wrote this simple item in my wishing journal, “I’m moving to Spain, San Francisco or Chicago.” Three days later, I left for Chicago where I met my husband. Months later, I moved there.

But wait, it gets better.

Before I moved, I was throwing away photos and ran across an image from my first trip to Chicago about seven years earlier. It was a photo of me leaning against a railing and standing in front of a travel agency sign with my last name. I looked a little closer at the photograph and realized that I was leaning on the railing where my husband lived in “present day” Chicago which was to become my first home there.

Below is the photograph of me back in the day, and years later when I was living there, dressed as a bee next to the very same railing giving out candy on Halloween. 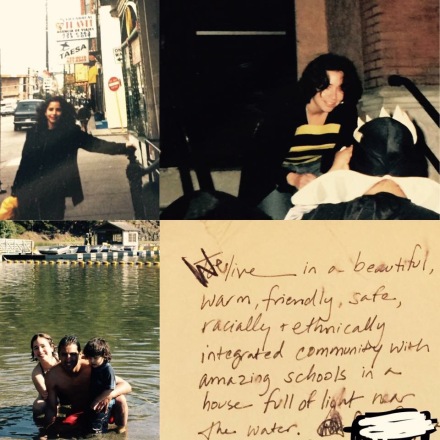 You can also see a green construction paper note which outlines the intention I set in 2011 after visiting Orcas Island in 2009—that’s a family photo in Moran State Park on the island. It was a wish to move to a diverse community near the water with good schools and more. That paper and photo was on my fridge from 2011 until 2015. And guess where I live now? I’m thriving in a diverse community near the water with a lovely elementary school.

That’s a lot of magic. And it’s also a lot of intentional work. I’ve often talked about the small measured steps it has taken to make my dreams real. And coming this fall, I will be offering 1-on-1 sessions to clarify your dreams and develop a practical plan with a timeline to help you make those dreams a reality.

I’m still fleshing out the options, but currently it look like this: 1 or 2 live sessions with me using Zoom, Skype, Facetime or the like, with a focus on plan development, and in some cases, personalized videos and meditations for your use to stay on track.

While in Italy doing research for the sequel to my novel, The Amazing Adventures of Selma Calderón: A Globetrotting Magical Mystery of Courage, Food & Friendship, I made a special video for you about these sessions.

This trip was one of those magical opportunities. I had admitted my longing about a year ago and then six months later I shared it with you in this video on my blog. You can see how tentative and excited I am. From there, I tapped into a lot of energy to support my dream as well as developed a plan of actionable steps to make it a reality. This was a soul longing and I quenched the longing exactly as I had hoped. As a result, I’ve expanded as a human being. 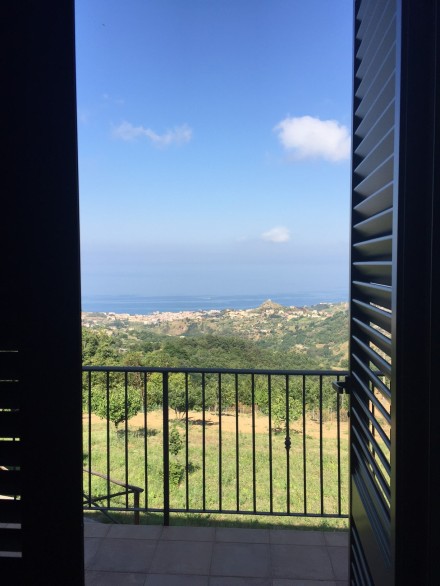 There are so many opportunities for you to expand. We all know what contraction feels like: stress, anger, anxiety over people, relationships, money, health and more. Expansion is an entirely different experience.

If you or someone you know is ready to expand into a life that has been nudging at them, let’s stay connected. Please send me an email at rebeccainspiresnow@gmail.com to express your interest. 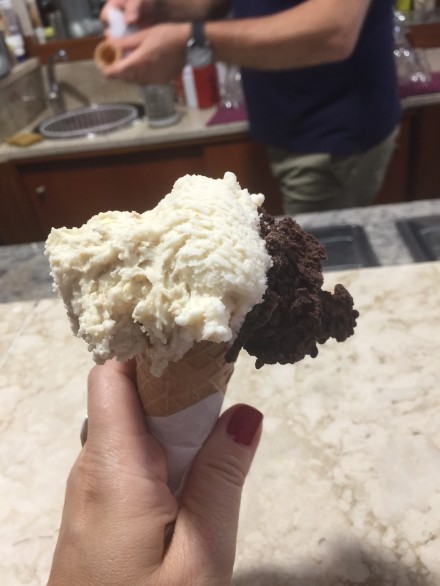 A few notes about what this is not: it’s not therapy or a commitment to a long-term coaching relationship. It’s targeted at people who are ready to put action behind their desires. It’s for individuals who are willing to extend a measure of emotional risk to step into their potential.

For one last before and after comparison—here’s the video from when I applied for a scholarship to Jennifer Lee’s premium group in which I declared that I would finish my novel.

The year was 2013 and you’ll see how elated and nervous I was as I spoke my dream into reality. It was that declaration that kept me accountable and moving toward my goal. And now, I not only have lovely reviews of the book, but also a feature in The Huffington Post, a radio show appearance and I was even lucky enough to be invited to the Drop Out Writer’s Residency where I made this documentary to share my experience with you.  All this from the nervous woman (me) asking for help and leaping at the same time.

So stay tuned friends, this is going to be a bold, beautiful and bountiful year—it already is!

Let me know if you want to connect about your dreams and make them into a reality!

Much love and adventure,

P.S. I also wanted to share two resources which have helped me in the last few months. One is an interview with Todd Herman about making changes stick.  The other is a wonderful post by the writer and entrepreneur, Catherine Menist, titled Barefoot on Machu Picchu–5 Steps to a Barefoot Life. 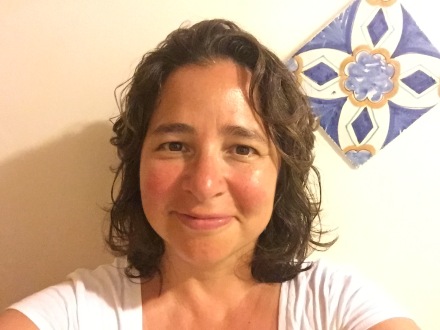 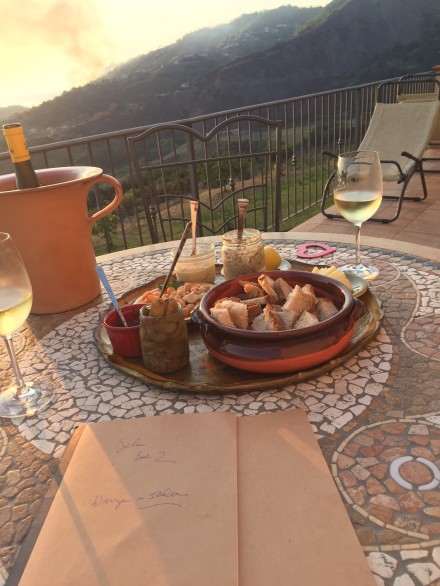 Welcome to your home of abundant inspiration! I'm Rebecca Villarreal, author of The Amazing Adventures of Selma Calderón, A Globetrotting Magical Mystery of Courage, Food & Friendship. (Available everywhere.) I'm also a poet, artist and a source of light!

I'm glad you came to visit. Together we can celebrate life, food and art. Check out all things book related on my website at http://rebeccavillarreal.com. Thank you for finding me!

Please enter your email below if you want to get the gift of inspiration about twice a month. You'll get food, art, poetry, music, always something to make you think and hopefully move your spirit. Check your email box for a confirmation.

You can find me on twitter at @RebeccaVWriter or email me at rebeccainspiresnow@gmail.com with any questions.

So nice to meet you!